WEEKLY NEWSLETTER
“My little children, your hearts are small but prayer stretches them …” St John Vianney 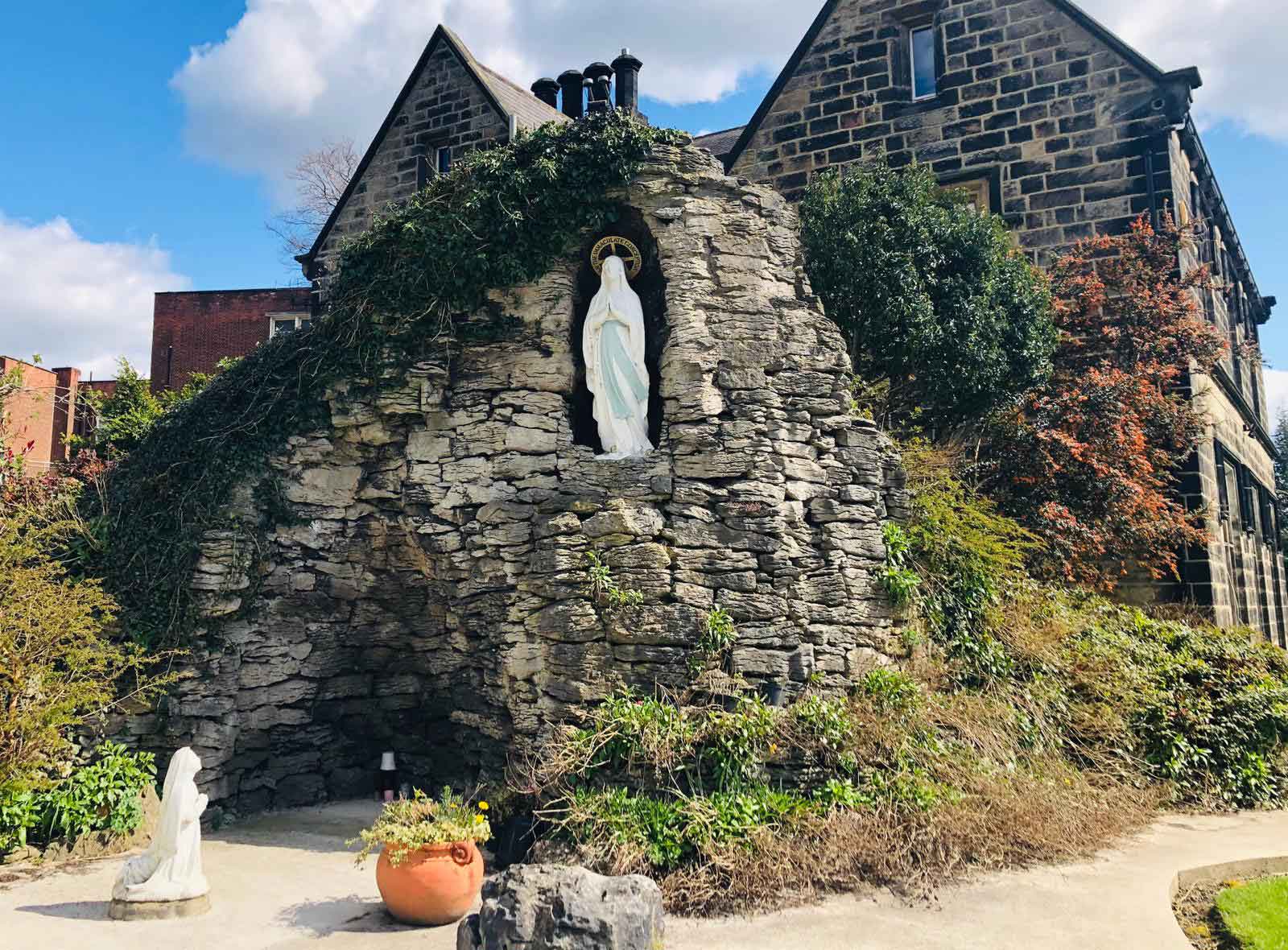 The Roman Catholic Parish of St John Mary Vianney is situated in North Leeds and is part of the Diocese of Leeds. A map of the Parish can be found here. We worship in two churches: The Immaculate Heart of Mary in Moortown and St Paul the Apostle in Alwoodley.

Our vision to serve

Our parish exists to uphold the Catholic Faith through celebration of the Sacraments and spreading the Gospel of Jesus Christ.  We are vibrant community of prayer committed to welfare of the poor and social justice, support for young people and service to the wider local community.

Our schools and local partners

The two Catholic primary schools within our Parish are the Immaculate Heart of Mary and St Paul’s.  We also have a special relationship with Cardinal Heenan Catholic Secondary School and St Gemma’s Hospice.

The Immaculate Heart of Mary is a devotion that focuses on the Blessed Mother’s interior life, celebrating her joys and sorrows, her virtues, and her love for God.  While the devotion to the Sacred Heart of Jesus focuses on how Jesus’ heart is full of love for us, the devotion to the Immaculate Heart of Mary reflects on how Mary’s heart is full of love for the Saviour. In this sense, it is another way of honouring Mary as the Mother of God.

St Paul the Apostle is one of the most important and influential of all the saints. Many of his writings are contained in the New Testament and have influenced the growth and development of the Church since the first century.  St. Paul was originally known as Saul, and he was a Roman citizen and a Pharisee.  He even presided over the persecutions of the early Christians and was present at the martyrdom of St. Stephen.  However, Saul experienced a powerful vision that caused him to convert to Christianity while on the road to Damascus. He was duly baptized and took the name Paul.  Paul traveled the world, first to Arabia then back to Damascus.  He also visited Jerusalem to see St. Peter, the first pope and pay homage to him.  During these travels, he preached ceaselessly, often drawing criticism and ire from those who rebuffed his message.

St John Vianney was born in 1786 near Lyons in France.  John grew up during the years of the French Revolution, a time of great persecution for Catholics. He realized from a very early age that to live one’s Catholic faith took much courage and heroism.  The young John Vianney struggled with his studies for the priesthood as he never had the opportunity to go to school growing up.  However, his perseverance would pay off.  In 1815, John was ordained a priest and was assigned to the small country parish of Ars in 1818.  The church had been sacked by revolutionaries, and the parishioners were in dire need of spiritual guidance.  Through a life of personal penance, clear common-sense homilies, and the revitalization of the sacrament of reconciliation, Fr. Vianney began to “right the ship.” On August 4, 1859, Fr. Vianney died, having served at Ars for more than 41 years.  He was beatified on January 8, 1905 and canonized on May 31, 1925 by Pius XI.  Since then, he has been invoked as the patron saint of parish priests.

Church of Immaculate Heart of Mary

Church of St Paul the Apostle